Showing posts from July, 2016
Show all

We do as we please when the weather's fine.... 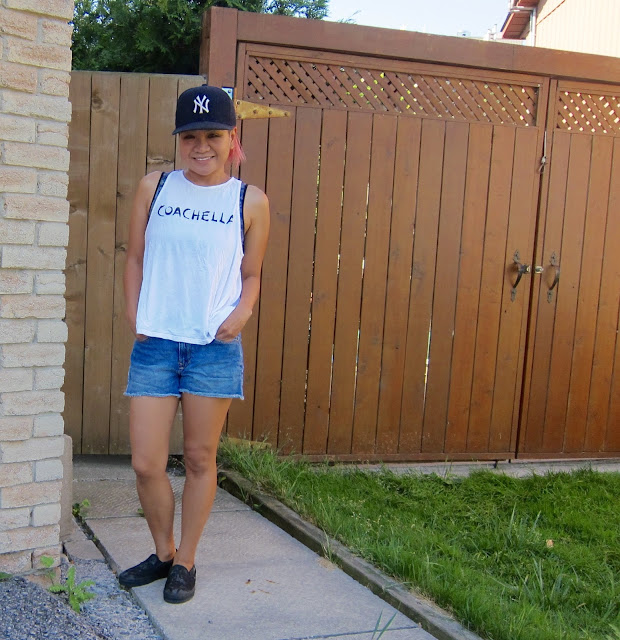 This burning heat we've been having means that my mojo for doing anything creative has gone on the wayside. My outfits have also been more laid back than usual (ahem...if that was even possible)... H&M tank top, Gap shorts, Vans "Darth Vader" slip ons The good thing is that outdoor activities are on full-blast!  How do you deal with extreme heat? Are you a fan?
19 comments
Read more

Life is a highway. 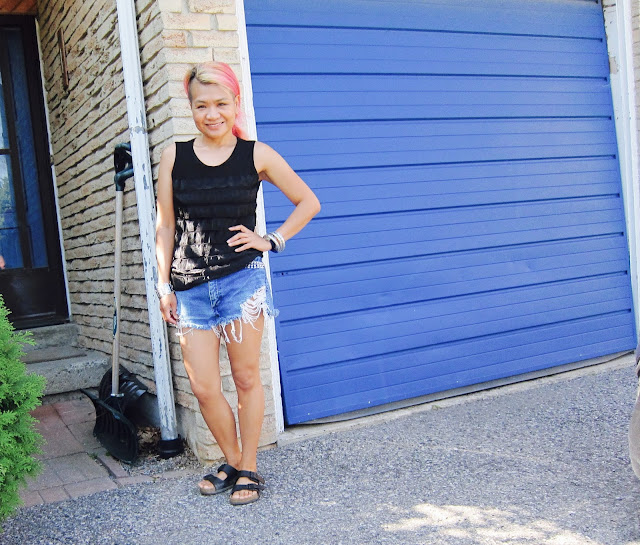 Just some of the stuff we've been up to lately...:) First off: an outfit post. Been very hot lately that shorts and sleeveless tops are pretty much the uniform. hand-me-down top from my mom, shorts from Urban Outfitters, Birkenstocks Summer means hanging out with the kiddos...zoo trips, shopping, keeping cool during the hot days, going to the park, biking around.... Hung out with friends for Summerlicious . I took the little one this time. We ended up eating at  Sambucas . Food was fantastic, and the company was great:) Went to the Galleria  for the first time for authentic Korean stuff...hehe...was able to finally use the little Korean I've learned so far. The yummy food we got there And of course, playing Pokémon Go!  What have you guys been up to? More importantly, do you play Pokémon Go? Gotta catch them all!!!
21 comments
Read more 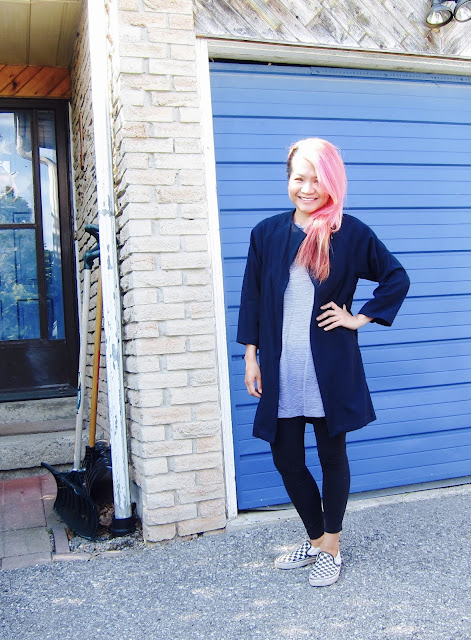 Guys, it's been five years since I first started blogging! Wut?!?! Sigh...I can still remember debating whether I should even start blogging, and was so unsure about my first post. Here we are..a few years later. I want to take this opportunity to say a big THANK YOU to all of you, old and new readers alike, for taking the time out of your day to read and comment on my posts. I've met some great people through blogging, and have learned and grown a lot from reading your own blogs. You are all rock stars! coat I sewed, Old Navy Dress, no-name leggings, Vans slip ons
29 comments
Read more "Just because you forget a dream doesn't mean that it stopped existing. In the same way, just because you don't see the road doesn't mean the road doesn't exist. Lu Xun said, "Hope cannot be said to exist, nor can it be said not to exist. It is just like roads across the earth. For actually the earth had no roads to begin with, but when many men pass one way, a road is made." - Manager Oh Sang Shik (played by Lee Sung Min in MISAENG)   I just recently finished watching the Korean TV series MISAENG (미생 ) which translates into 'Incomplete Life". Rowena recommended this show awhile back, and I had it on my to-watch list. TBH, because it wasn't the usual rom-com I always go for, I wasn't as interested in watching it. I was like, "What? No romance?!?!" She did say it's one of the best shows she had seen so I thought I'd give it a go. Well, all I can say is, thank you, my friend.:) Guys, if you have never seen a
16 comments
Read more 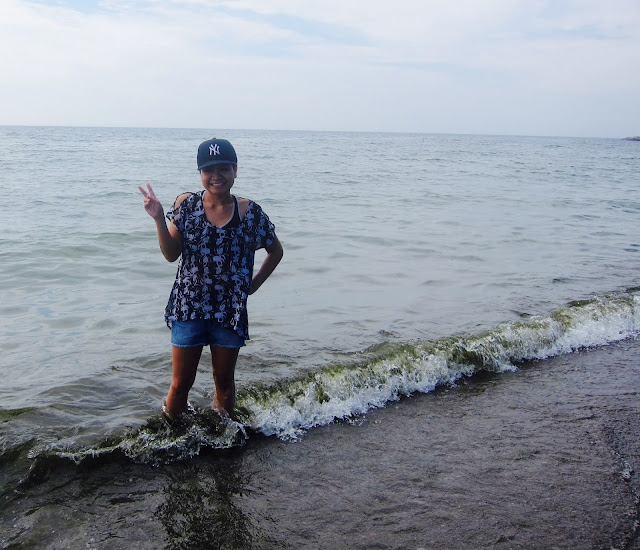 The past few years, I've come to really appreciate the hot and sweltering summers we have over here. Beats the rain and snow any day, and a good excuse to hang out at the beach:D top from Hot Topic with Under Armor sports bra, Gap shorts The kids are growing up too fast...sniff sniff.... No makeup coz it would've just melted off...don't be scared! Are you a summer person? Which one is your fave season?
22 comments
Read more

In red this time 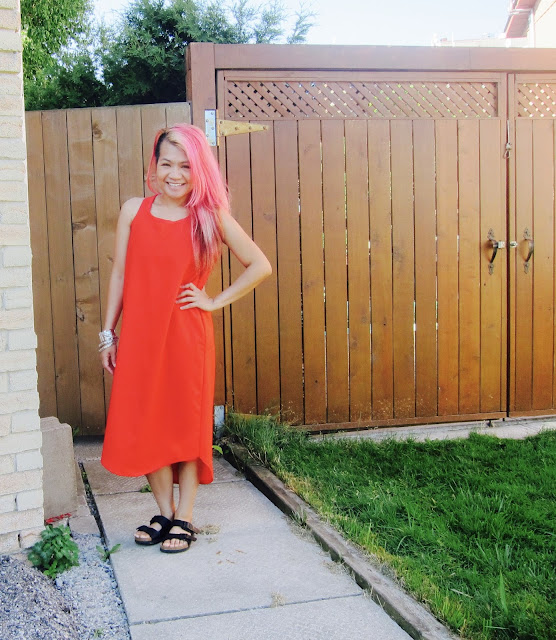 This is the third time I've sewn this dress pattern. First in off-white, then in black. I know this is what most people would call a "sack" but guys, it's really such a versatile and comfortable dress to wear. Made with linen fabric, it's just perfect for the summer. Dress I sewed using the Bantam vest pattern from the Merchant and Mills Workbook, worn with Birkenstocks from Saks Off 5th Are you a fan of loose dresses like this? Anyhoo, have a fab week ahead, everyone:)
18 comments
Read more 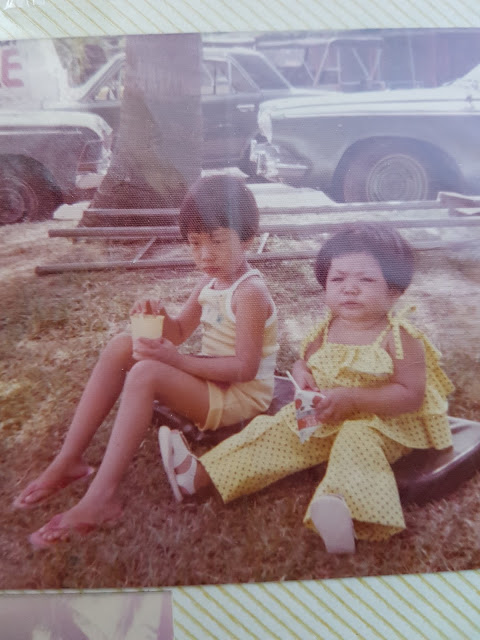 Do you guys remember this old post ? Well, I thought it's time for another trip down memory lane. This time, it's when I was a wee lass in the Philippines...between 1 to 2 years old. with my older sis my mom and I   My dad and I Werk!  Don't you just love how cranky I look in these pics? I can't even....
24 comments
Read more 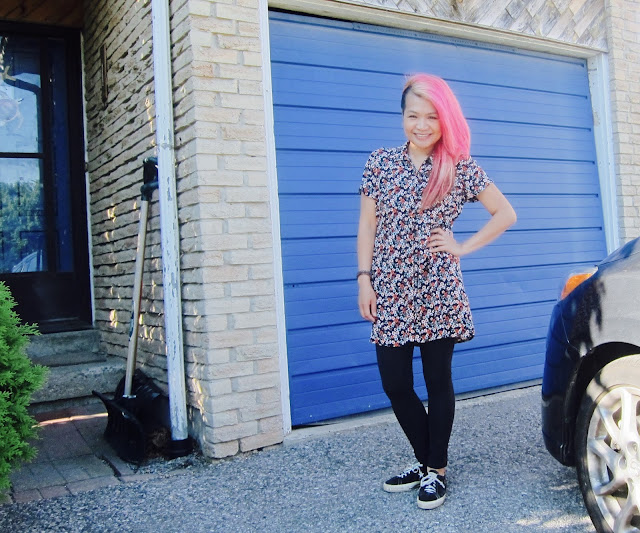 Because, you know, flowers flirt too.... H&M dress with no-name leggings and Converse sneakers   with my ever-present Topshop jacket Hope you all had a lovely weekend, and Happy 4th of July to our neighbours down south:)
21 comments
Read more
More posts