January 28, 2016
I watch movies a lot...not the new ones out in theatre because I do have kids to cater to and can't really drag them to the theatre all the time (unfortunately). Apparently, it's the law you have to take them to school, you guys, but I digress. Anyhoo, thanks to the likes of Apple TV, Netflix, Shomi and android boxes, I can now watch old and fairly newish movies ALL THE TIME when I can. Woot! And man! I've discovered a lot of gems!

On that note, here are just a few of the ones I enjoyed a lot, but either they didn't do too well on the box office, or the critics just hated them.

1) Jem and the Holograms
I guess it's because I've never seen the original TV series, so I really had nothing to compare this to. As a teeny-bopper movie, I think it stands on its own. I loved the songs, the cast, the hair, makeup and costumes...I just plain loved this movie! It was entertaining, and as a mom with young kids, I can watch this without having to worry about swear words:D

2) Pixels
This Adam Sandler movie was also just great fun to watch. I'm an Adam Sandler fan, so I think everything he does is just funny. And c'mon! Peter Dinklage was just hilarious, and so was Josh Gad. Plus, Pac Man as a villain?!?! That's just gold!

3) Pacific Rim
Guillermo del Toro always directs such great movies, so I don't know why his movies don't get as much $$$ in the box office here in North America.  Good thing this movie made money worldwide! It's seriously awesome, you guys, so watch it if you like anything with robots and big monsters.
(PS My middle child ranks this movie as one of his all-time faves. Like mother, like son:D)

4) Hansel And Gretel:Witch Hunters
With this title, I don't know why people expected anything else but just a fun and campy action movie. As you can guess, it's a take on the fairy tale, but yeah....not really....you have grown up Hansel and Gretel fighting witches after what happened to them as kids. Adventure ensues!
5) Dredd
A much-darker version of the Stallone movie, and loads better. Lena Headey was also the best villain. Love her! 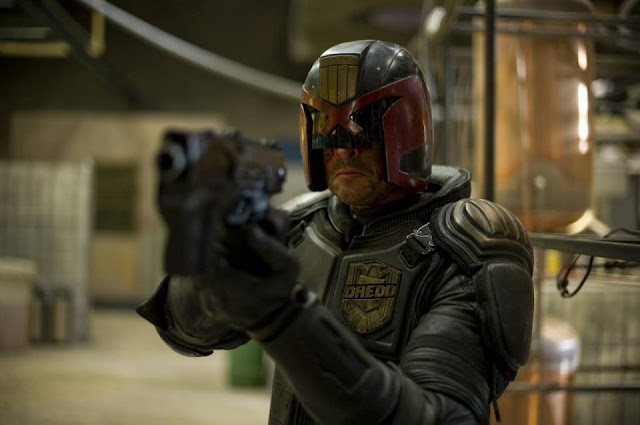 How about you? Are there movies you liked that everyone else seems to hate?
miscellaneous

Rowena @ rolala loves said…
I don't usually listen to the critics when choosing films or shows. I haven't watched many movies lately but there was this K-drama I watched recently that didn't do well in the ratings at all but I thought it was really good.
January 28, 2016 at 9:54 AM

Linda said…
I prefer to make up my own mind about anything, including people, so I try to ignore what critics or gossips say, because a good percentage of the time they are wrong, in my viewpoint. :)
January 28, 2016 at 10:40 AM

Beauty said…
I watch movies now and then when I get the time and I love good comedy movies; that Pixel movie would be a good watch. I love Adam Sandler's movies too.
January 28, 2016 at 2:36 PM

Vision By Mila said…
I always read reviews after I watch a movie, old or new. Many times I am surprised to see critics and bad reviews, while I loved the movie.
January 29, 2016 at 5:21 AM

Shireen L. Platt said…
I love Pacific Rim, Hansel & Gretel and Pixels! They are freaking cool and I wouldn't mind watching them again. I watched Jem & The Holograms as a child so I avoid watching the movie because of the bad reviews.

yessykan said…
Awesome selection. "Pacific Rim" could be on the top of my new list. The last actual movie I watched on there was the kids are all right. Really a good movie and I loved every second of it. Emotional and funny. =)
January 29, 2016 at 5:16 PM

Valerie said…
Thanks for sharing these movies! I haven't seen any of these, but I have developed a Netflix addiction recently...so I'll be checking these out for sure! :)

Josie said…
I quite liked Hansel and Gretel! Thought it was different x

A Very Sweet Blog said…
I saw Hansel & Gretel Witch Doctors and thought it was so awesome! I think they're making another one. I don't run to the movies like I use to either Emmy. The majority of the time, I wait for Netflix. LOL
http://www.averysweetblog.com/
February 1, 2016 at 5:15 AM