June 27, 2016
I was looking at my closet for clothes to give away to charity when I saw this blazer I've had for awhile but never really wore much. The thing is, I don't really have a lot of clothes compared to other people, but I guess I tend to wear the same things over and over. I do like this piece though:) 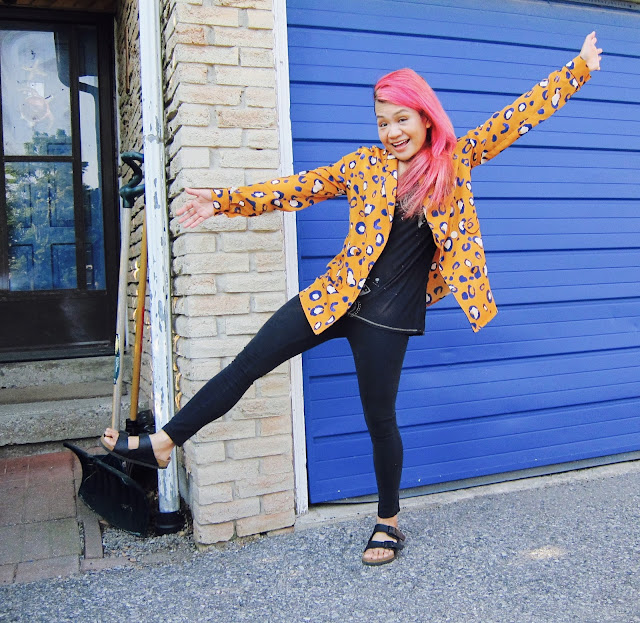 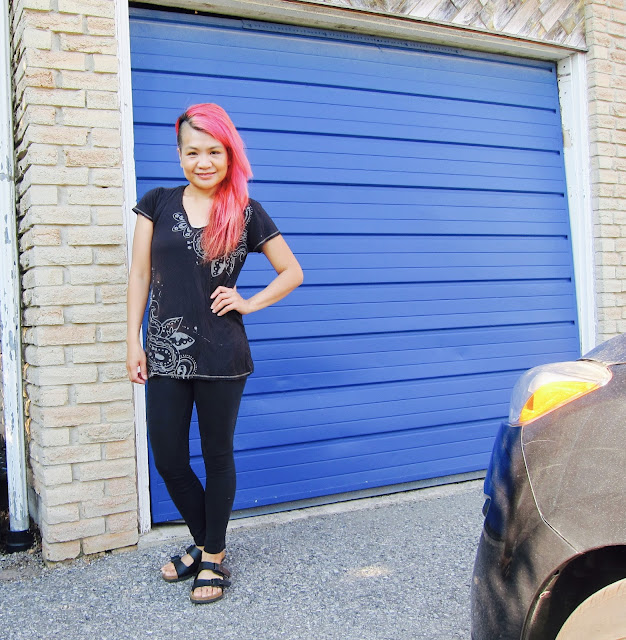 Do you find hidden treasures in your closet?

On a side note:
1) Watched Independence Day Resurgence this weekend, and quite liked it. It's not a cerebral movie obviously, but I thought it was entertaining. Too bad Will Smith was not in it, but the new cast (Liam Hemsworth et al) with the old ones (Jeff Goldblum, Bill Pullman, etc.) were still pretty good. The special effects were pretty awesome as well.
Rating: 8/10

2) RIP Bill Cunningham:'(
Anyone interested in fashion is mourning the death of this legend. I've seen the documentary "Bill Cunningham New York" a few times on Netflix and have watched his slideshows on the New York Times website (with his commentaries). One could clearly see his dedication and love for for his work. You will be missed tremendously, Mr. Cunningham.

Unknown said…
I love that blazer! I have started to clear out my wardrobe seasonally and just store those clothes somewhere else in the house so hopefully this means I will get lots of happy surprises next season!
June 27, 2016 at 9:49 AM

Rowena @ rolala loves said…
I was so saddened to hear about the passing of Bill Cunningham. That was a great documentary. I used to see him around NYC sporadically and it was just fascinating to watch him at work. He was a true original.
June 27, 2016 at 10:17 AM

Aimee Bustillo said…
love your blazer very fun, I always look for hidden treasure but not in my clothes in mom's old clothes instead :D

Mihaela Pojogu said…
In this period I have a good part of my clothes on boxes so def are pieces on stand-by. Great blazer you have, a great color combo, to fun!
June 27, 2016 at 12:28 PM

Hena Tayeb said…
the blazer is very cool
in recent years we no longer have the brain capacity to sit through cerebral movies.. now we are all about the brainless blockbusters.
June 27, 2016 at 12:33 PM

Oh to Be a Muse said…
I totally remember when this line came out. I think you should definitely keep the jacket -- it looks fab on you. I didn't see Independence Day, but I did watch "Free State of Jones" with Matthew McConaughey -- it was pretty good!

Oh, and how about that GoT finale last night, girl! They sure know how to make you yearn for the next season!

Shireen L. Platt said…
I wanted to watch Independence Day Resurgence but hubby insisted for it to be a renter. Ugh! LOL! I really need to drag his ass out with me, it's been way too long since our last movie date!

nerline said…
I love wearing my clothes over and over too. You look too cute in this jacket. And I was looking at one of your older posts and I saw your cutie pie with you. I hope she is okay.
June 27, 2016 at 9:10 PM

Adam said…
Tommen's death was rather sad, but I guess that's why they call it King's Landing!


I'm pretty sure the Red Woman will be back

sonia // daring coco said…
That truly is sad news to hear. Unfortunately this is the first I've heard of this too. Gosh I've been living under a rock. Or maybe I've been too consumed with MGIAG ;o) seriously loving this show but OMG I've got two episodes to go. Is it bad that I secretly want Mi Ho to end up with Park Dong Ju (I think that's how you spell it!) That half human dude. I can't figure out if he's evil or just lovelorn or maybe neither bahahaha!

FASHION TALES said…
I remember that style of blazer, it looks great on you, it's always nice to find things during a peruse in your own wardrobe. I remember watching the Bill Cunningham documentary years ago. Great post Emmy.
Summer Champs
June 29, 2016 at 9:35 AM

A Very Sweet Blog said…
You like what you have and you use what you have (in your closet) Emmy. I do the same thing. There's no need for a lot. Was saddened to hear about BC. He was amazing.
http://www.averysweetblog.com/
June 29, 2016 at 12:29 PM