September 05, 2016
The Fan Expo held here in Toronto is another yearly tradition that we do every year since 2012. It's always a great time to let our geekiness come out in full force!


What happened this year:
1) My middle child actually dressed up! I sewed a dress for myself to wear, but it was only him who was actually in costume (as Ash Ketchum). I knitted for him last year the vest and gloves, and the hat was a last minute sewing project.
2) No photo op or autograph session for me this year.  The timing for the celebs I wanted to have pics with (ie. John Cusack, Christopher Lloyd) were kinda late, and the lineup for autographs were insane! Well, there's always next year.
3) These were the most popular costumes we saw: Harley Quinn (as in, almost every other girl was dressed as her!), Kylo Ren and Rey, Pokémon characters, and Marvel superheroes.

Without further ado, here are the pics:)

On the subway en route... 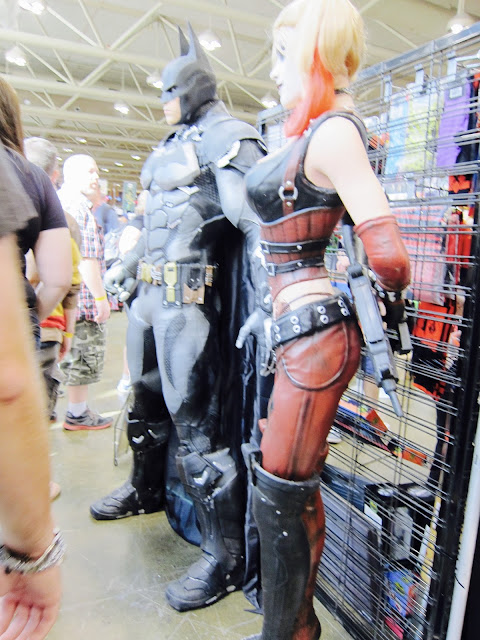 I swear...the place gets more packed as the years go by! 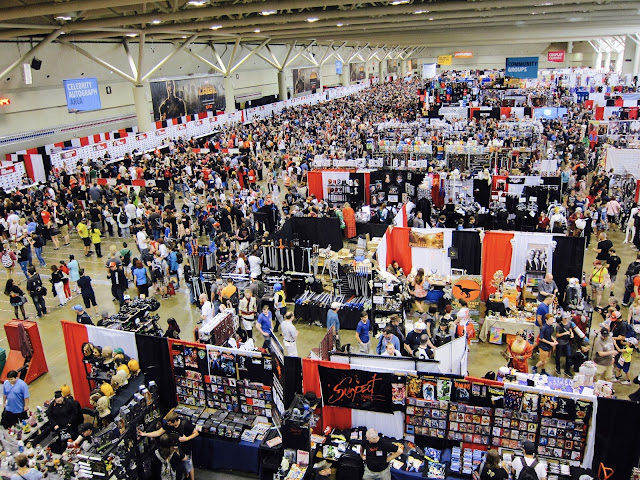 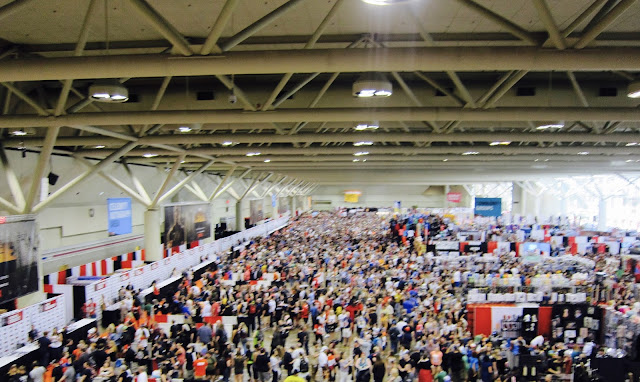 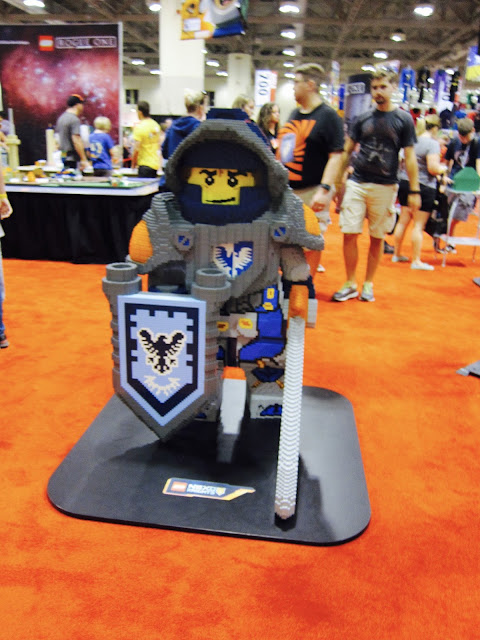 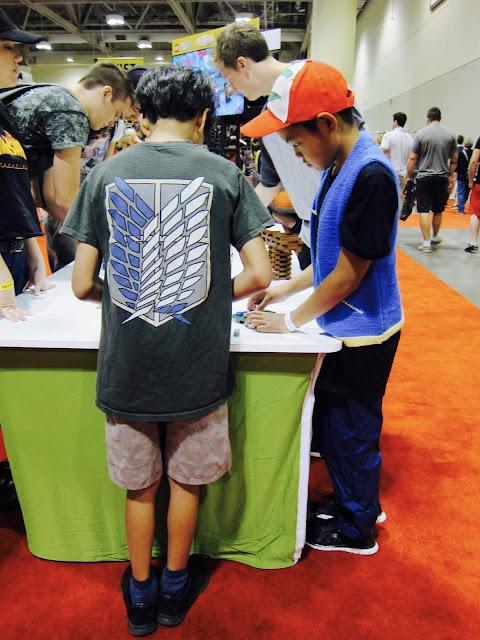 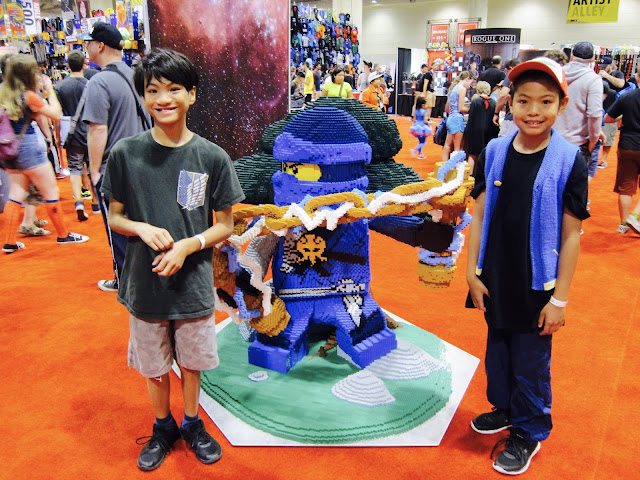 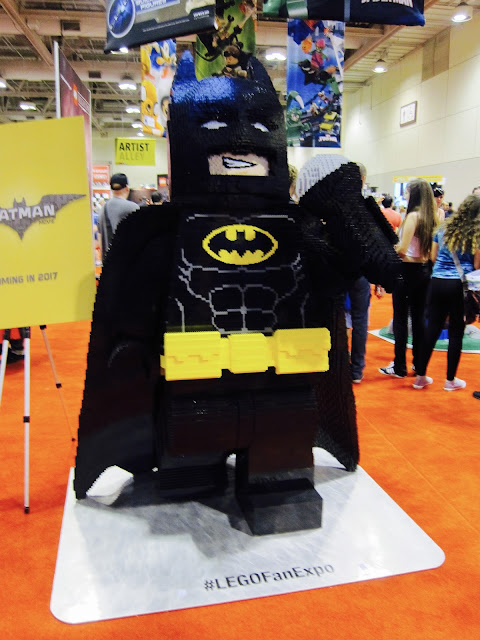 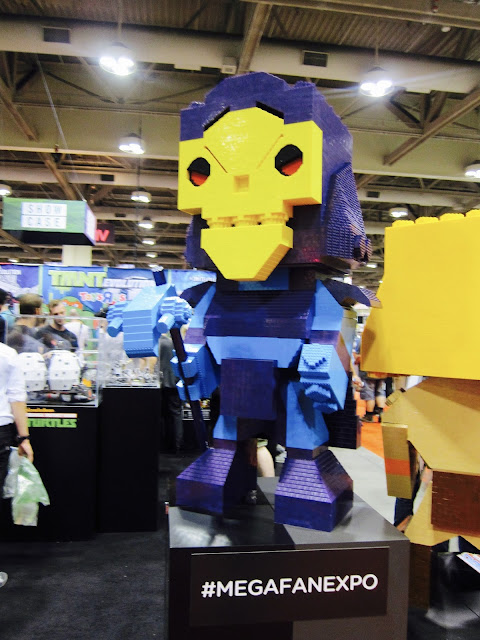 This pic below is really blurry but I'm including it here coz this Kylo Ren was really in character and thus, cool:D 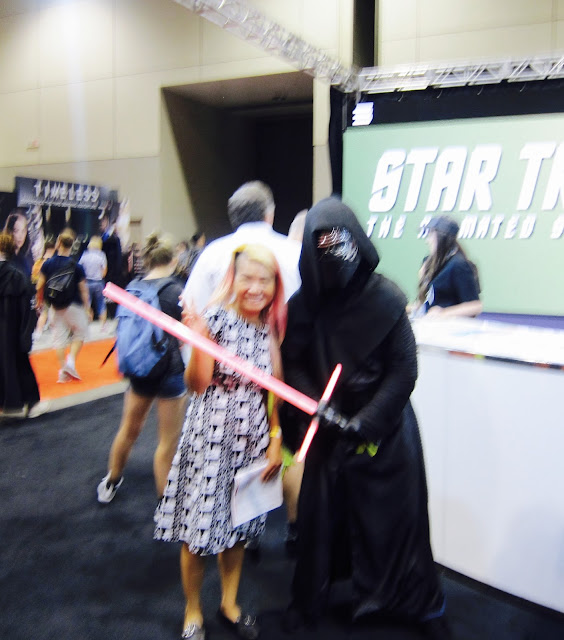 There were so many awesome handmade stuff in the Artist Alley.... 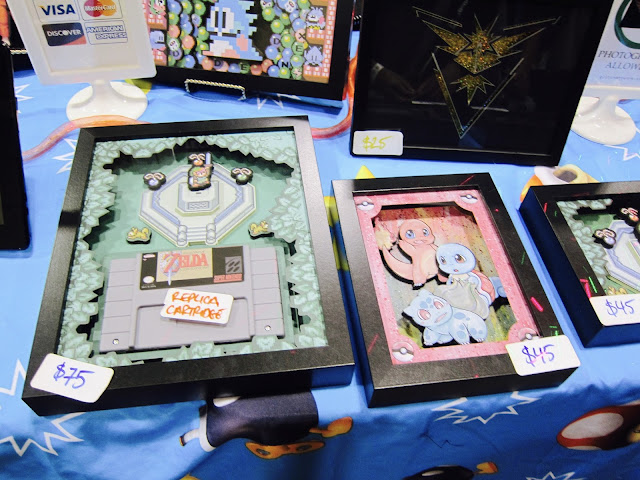 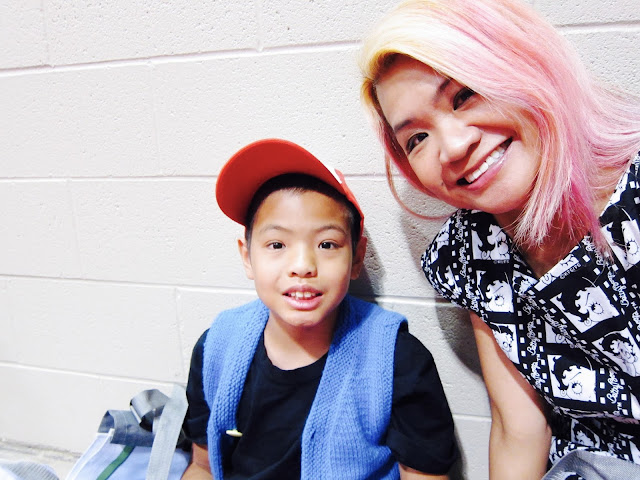 We were in the Lego section a lot...just saying.... 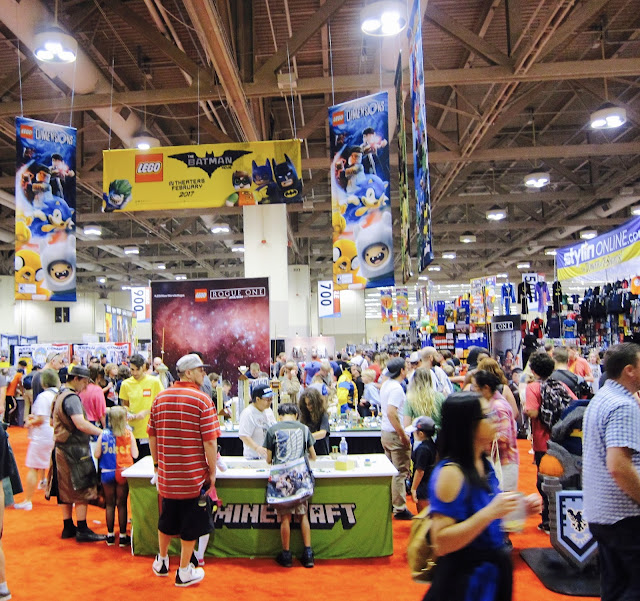 Our Ash Ketchum was getting tired.... 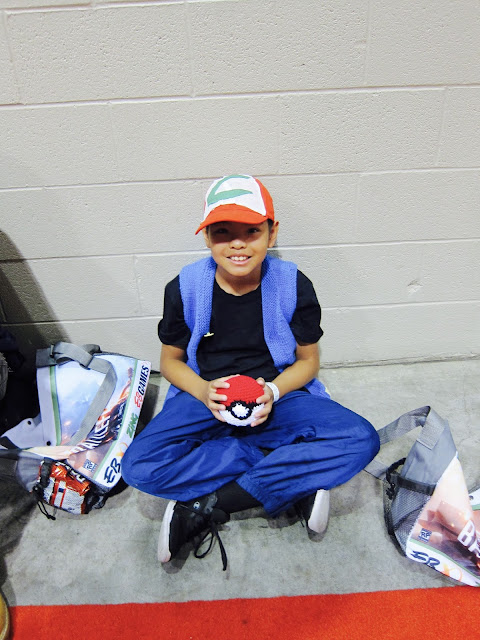 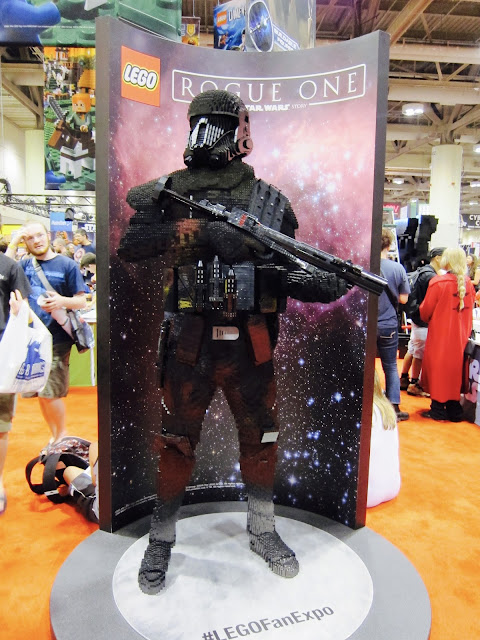 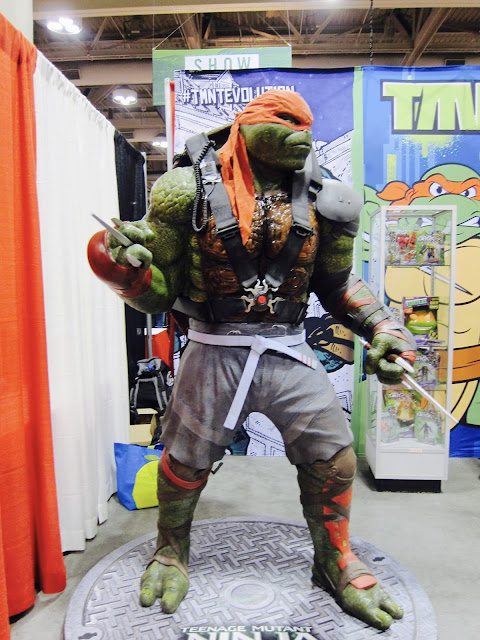 We were walking alongside awesome characters like the ones below: 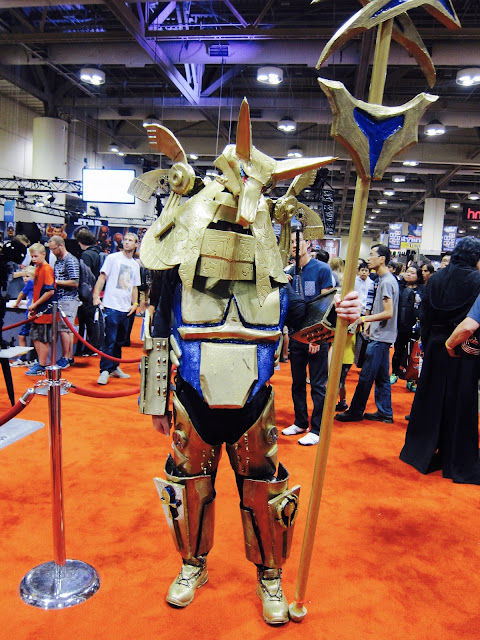 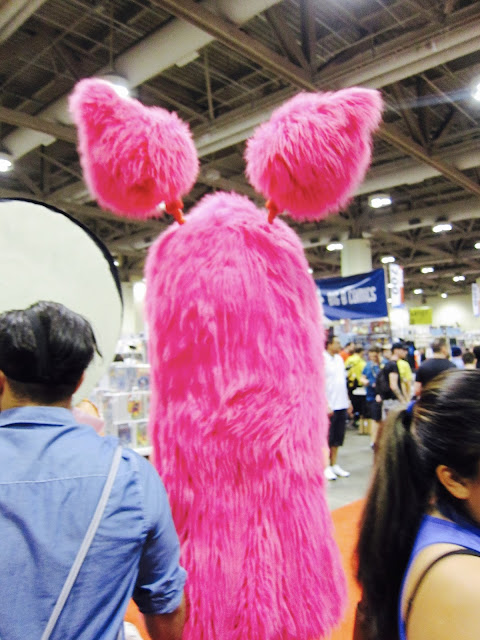 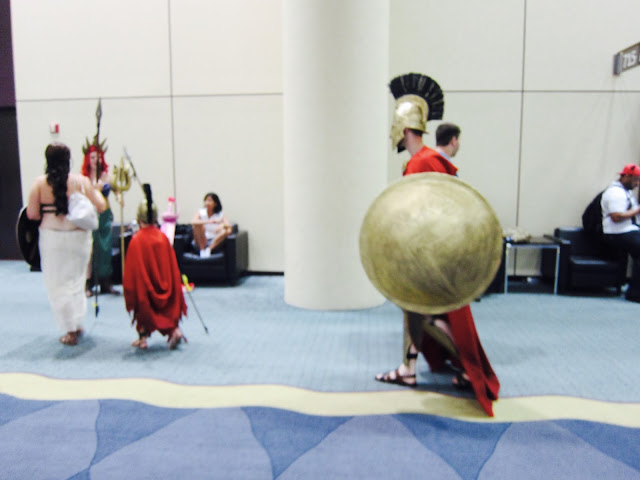 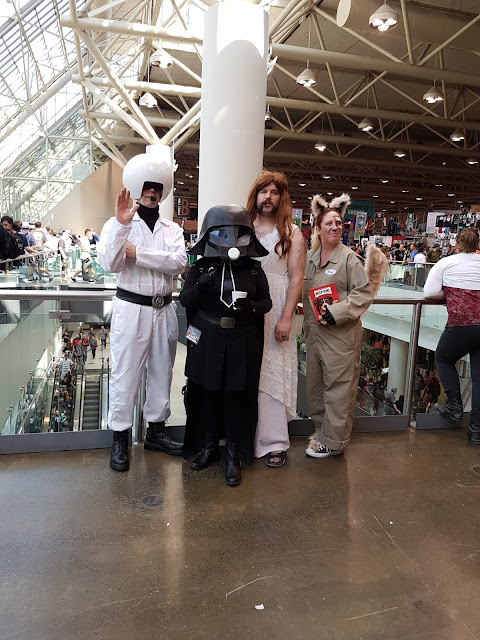 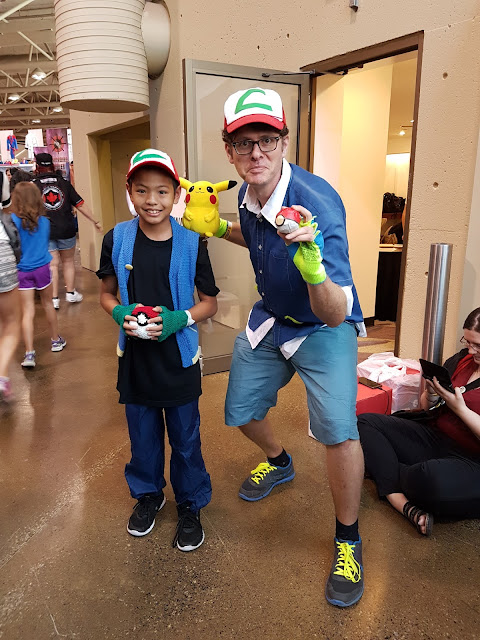 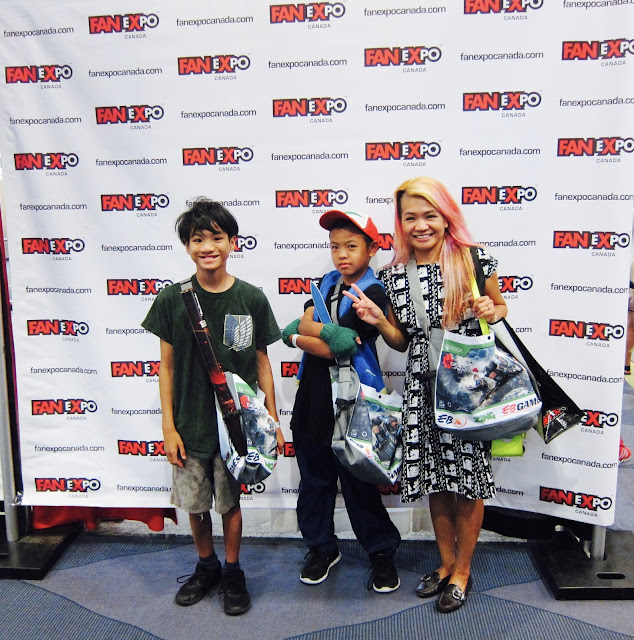 Even outside, there were lots to see! 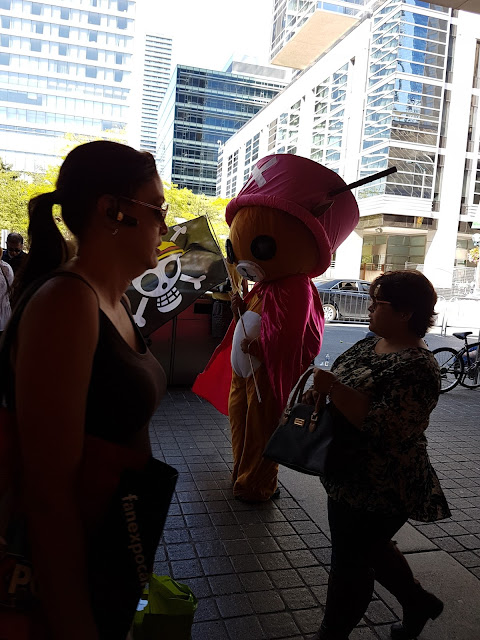 And finally, going home...we were all pooped. 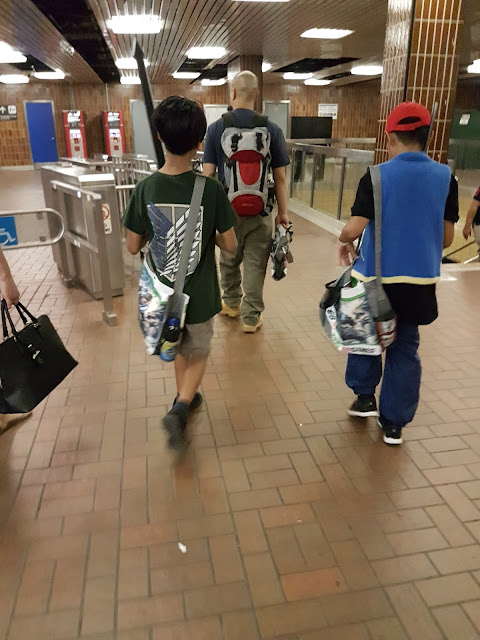 Since no celeb stuff this year for me, I bought some merchandise instead (thanks, hubby). 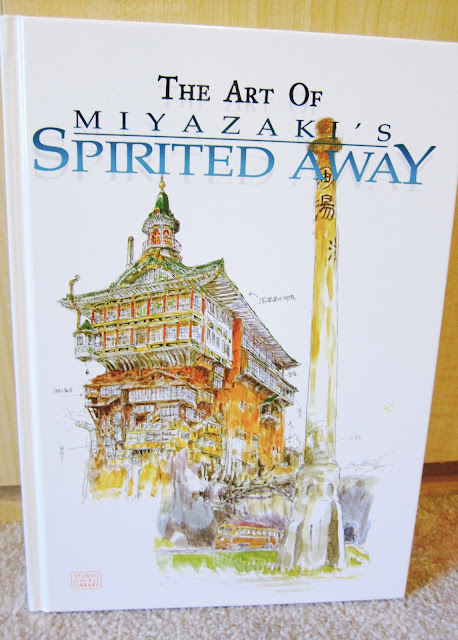 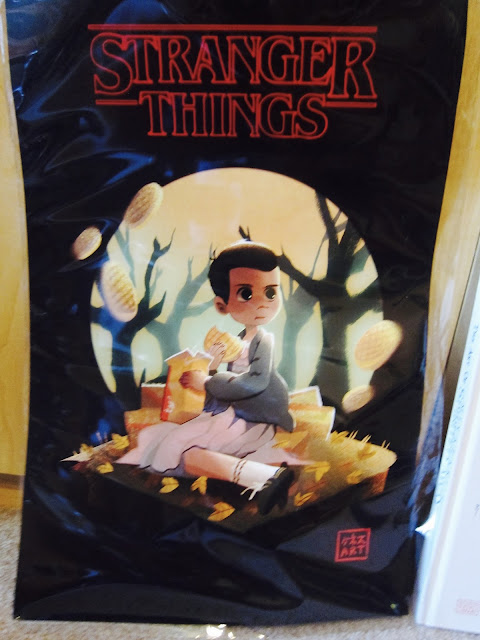 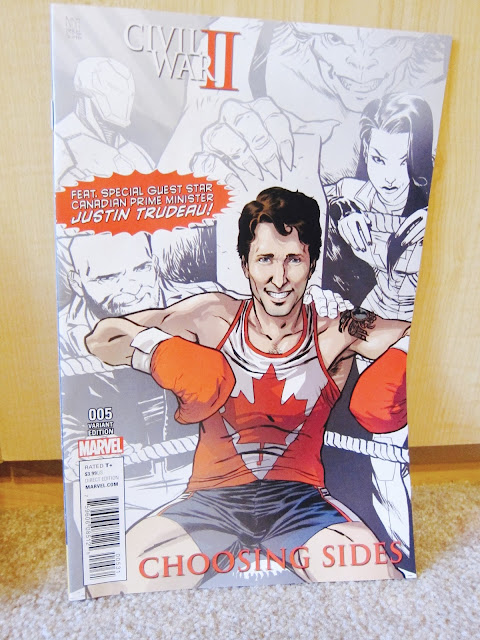 Do you go to comic cons/fan expos?

Anyhoo, Happy Labour Day to everyone in North America! School starts for the kiddos tomorrow...sigh....

Rowena @ rolala loves said…
You guys always look like you have such a blast at these. Your dress came out fabulous! I love the print and silhouette! So cute that your son got into dressing up this year and like Ash no less. My husband and I have talked about going to Comicon but then we think about the crazy crowds and we change our minds. Neither one of us is big on crowds plus after they started giving me anxiety attacks after I was sick a few years ago. I'll just have to live vicariously through you :) That Lego version of Skeletor almost makes him look cute LOL. My husband does a really funny impression of him.

I watched the first tow episodes of Jealousy Incarnate and wasn't sold on it. It's a bit of a hot mess and there are too many characters. If I wanted to watch something with a million characters, I watch a family drama haha. Also I think they went a little overboard with the way Gong Hyo Jin was touching Jo Jung Suk's character in the first ep that it was inappropriate. Will you watch it? We watched Fantastic over the weekend and it's off to a somewhat promising start. I always like a good womance.
September 5, 2016 at 9:49 AM

Hollie Black-Ramsey said…
My town's comic con was this weekend but I did Cedar's birthday party that day instead. My ren faire crew went to hand out faire flyers, but I gladly missed it. $50 for a whole family is just too much for me to pay to hand out flyers. I'm not into "geek" culture so I never know what's going on or who the special guests are. River took photos with some dude from the Walking Dead when he was a baby and Peter Mahew (?) Chewbacca was there a couple years ago. I saw him but didn't talk to him. I felt kind of bad for him. He just sat alone at a table in a very awkward place looking miserable and absolutely bored.
September 5, 2016 at 10:50 AM

Oh to Be a Muse said…
Can't believe so many were dressed as Pokemon, but I guess that makes sense since it's so popular again this year. I'm so glad we dressed up as the Suicide Squad for last Halloween before it got popular. Yes, I was Harley Quinn, so I don't need to be her again this year (like everyone else).

Adam said…
They'll be a lot of Jokers and Harley Quinns this year. I'm not shocked the movie version of her is quite different in looks to the comic/cartoon version. I wouldn't call the movie version of Quinn "sexy" but certainly more attractive than typical incarnations. Her crazy faces kill the appeal for me (though good for the character she's based on), but I really like how they made her hair.
September 5, 2016 at 8:04 PM

Midnight Cowgirl said…
Looks like you all had an awesome time! LEGOS are so fun, and your dress is really cute :)
September 5, 2016 at 8:56 PM

BABALUCCIA said…
Fun Fun and SUPER post my dear ..I love this expo..I went to Torino comics this year
fantastic experience ...kisses <3
September 6, 2016 at 5:07 AM

Elle Sees said…
I immediately recognized him as Ash, and I have never seen one ep of Pokemon! We had Dragoncon in Atl this weekend, and this reminds me of that. I think I said that last year too! hehe
September 6, 2016 at 8:09 AM

A Very Sweet Blog said…
I need to go to one just one time! But ours is not as fabulous as yours or others in LA/NYC! We never get Jason Momoa LMFAOOOOO! Girl, I will never forget your post! I love seeing people dress up in costume! They're so creative. Your son's costume was awesome. EVERYONE is going to be Harley Quinn for Halloween. It's a great costume. Emmy, I love that Betty Boop dress! Looks so good on you :D Love her. Thanks for showing these pics. I love the Batman/Harley Quinn statues. So cool!
http://www.averysweetblog.com/
September 6, 2016 at 8:35 AM

Unknown said…
Your dress is freakin' AWESOME! Those family traditions are so important.

Unknown said…
Cool blog and pics. Next year you should tell your hubby to dress us as Bullseye, he doesn't even to do much! 😀
September 6, 2016 at 9:05 PM

Unknown said…
Cool blog and pics. Next year you should tell your hubby to dress us as Bullseye, he doesn't even to do much! 😀
September 6, 2016 at 9:08 PM

Shireen L. Platt said…
I adore your dress, Emmy and that's another beautiful creation! And how cool is it that going to this Fan Expo is a family affair? You guys look like you had a whale of a time! But where is your little cutie pie? She didn't join?

Vision By Mila said…
Can't wait to go to nice events when Lukas grows up. We go now too, but he's still too little to understand. He loves buses and trucks these days!
September 7, 2016 at 11:31 AM

FASHION TALES said…
Viewing your pics from the Expo is always exciting. I like your dress Emmy, and even though the celeb queue was insane I'm glad that you and the fam enjoyed yourself. Love the photos. Is this expo similar to the Con? I've only been to Comic Con once, but made costumes for it in the past. I'd love to go to this expo version!
FASHION TALES
September 7, 2016 at 12:22 PM

Kat von Rose said…
Cool event! These pictures are really great :) In Polnad is very similar fantasy convent named:"Pyrkon". I like your dress is beautiful, but I like the most your hair colour :D You are nice mum! :)

Jane said…
Oh I love how your family does this as a family!! So great to see :) And you making your dress and vest and gloves for your son is just the best. I hope your littlest will get to join you all soon! (oh and I bet there were a lot of Harley Quinn cosplaying!!)
September 8, 2016 at 11:41 AM

Fashionably Idu said…
The beauty water looks awesome. So great to find a product that works. Your boys must have had great fun and hopefully your little one joins in on it next time. Yes, some of these might have been too scary for her. Very fun though. Your dress looks cool, even cooler cos you made it yourself.