I could've danced all night...

What can I say? It's a great twirling dress, and makes me want to dance....hehe...Let's do this! 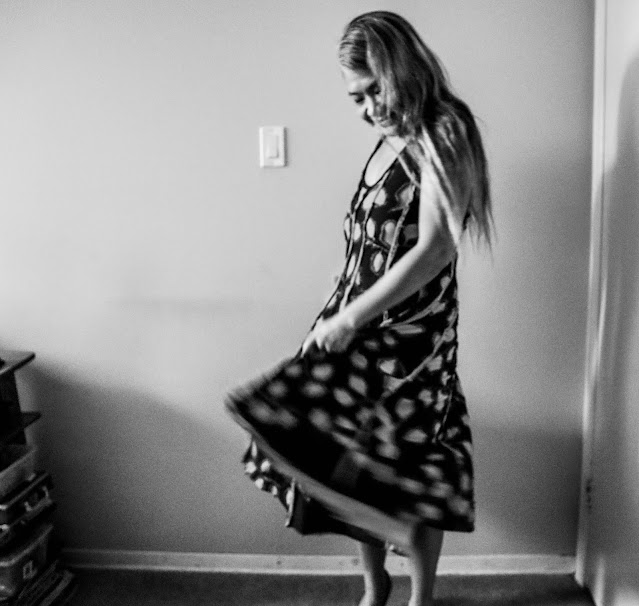 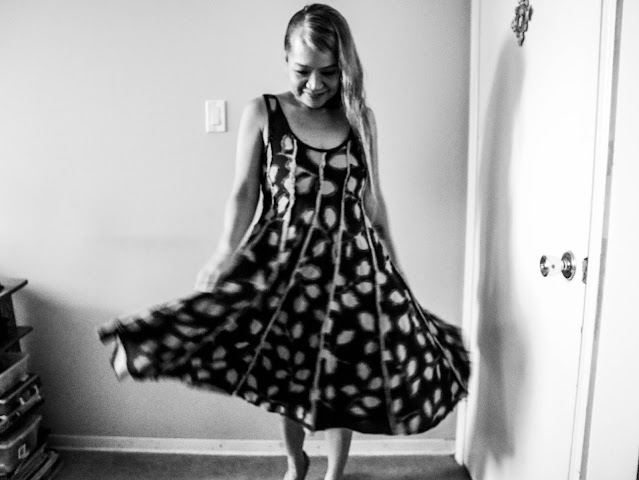 I used the Alabama Chanin Panel Tank pattern, and hand-sewed everything....reverse-appliqués, the seams, and binding. The pattern I airbrushed on the first layer is also by Alabama Chanin called New Leaves. 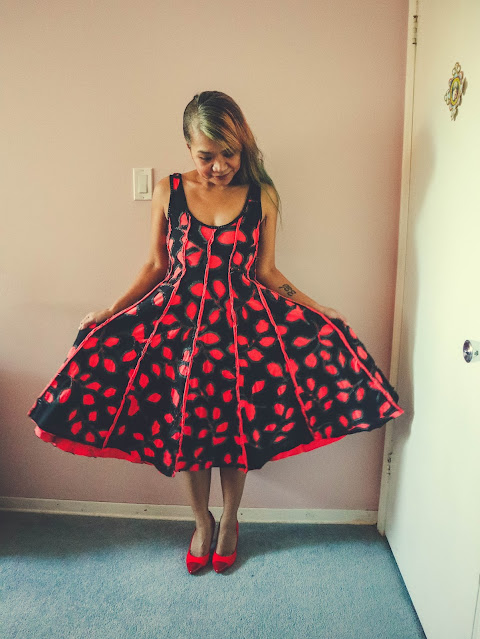 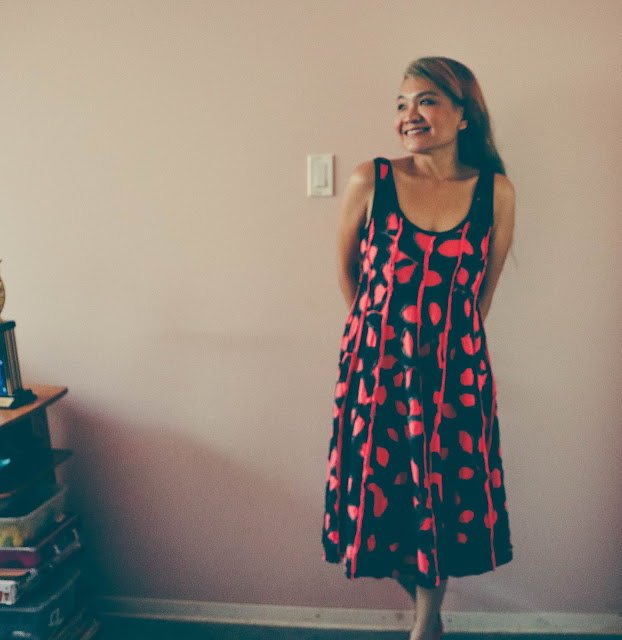 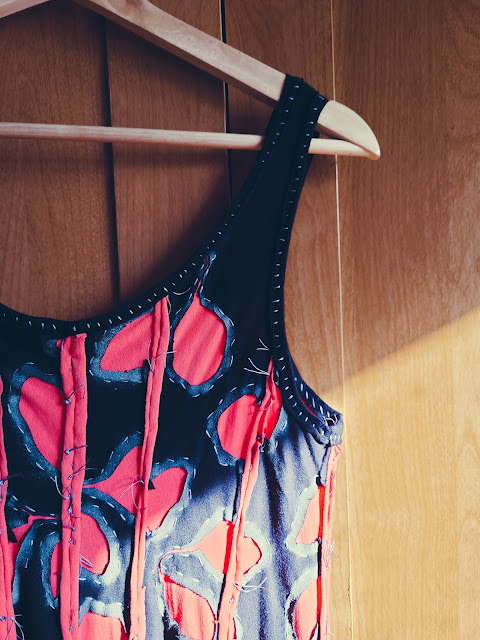 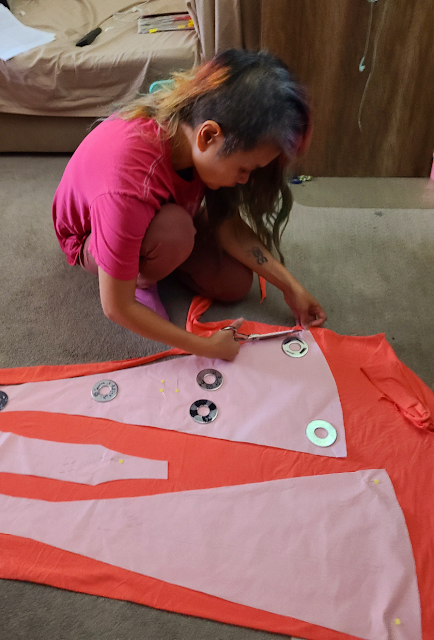 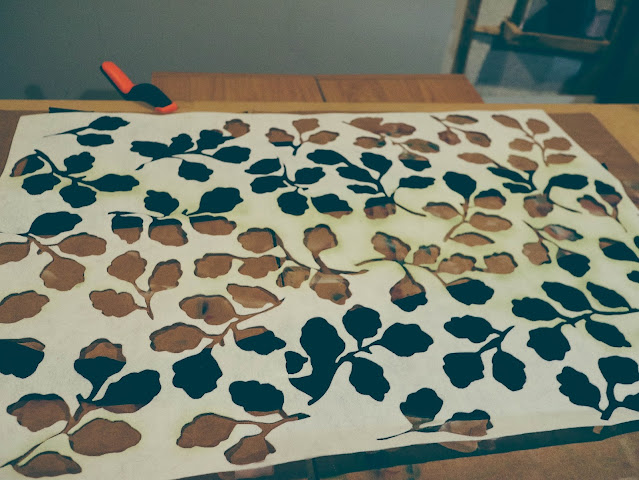 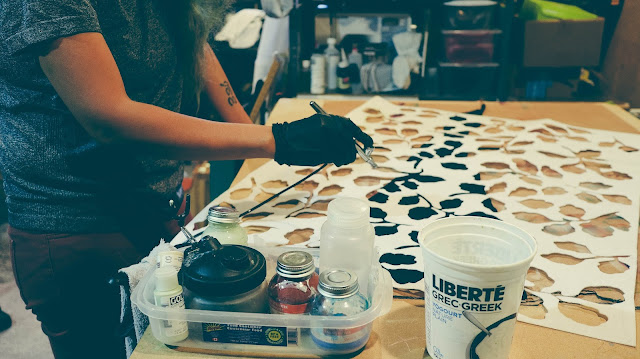 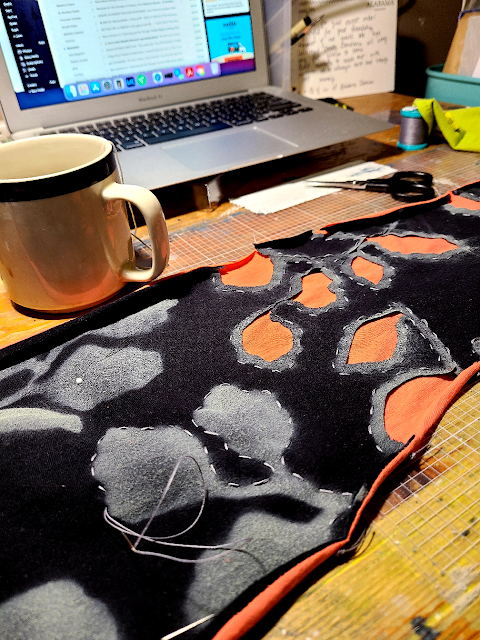 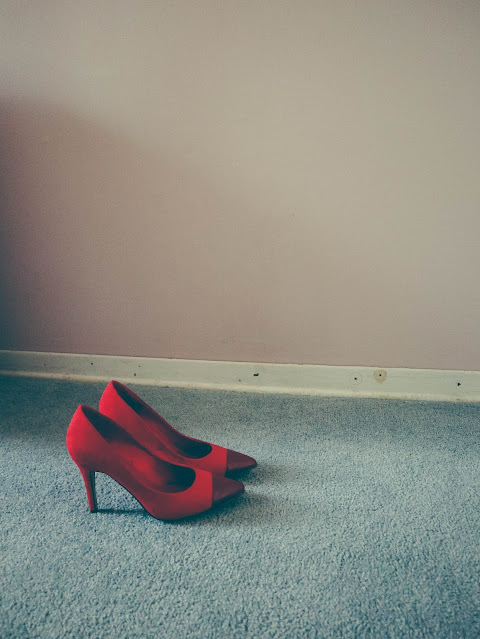 Mica said…
I absolutely love this dress on you! It's so pretty, the colours and beautiful and it's so intricate! Definitely good for twirling in - I'm sure you will win the contest!

Hope that you had a great weekend and your week is off to a good start!

Emmylou said…
Thank you so much, Mica! And I doubt I'd win coz all the ladies there are amazing but I just like entering these contests for fun:)

the creation of beauty is art. said…
Oh my goodness! What an incredible dress. I love the details, the use of colour, and how fun this design is. Never underestimate a good twirling dress! There is something about that kind of style that just makes you feel joyful. You did such an incredible job with this piece <3
the creation of beauty is art.
November 29, 2021 at 3:50 PM

ellie said…
So brilliant! You are such an artist! and here I am happy I can crochet a shopping bag! Or sew something that looks like a lunch bag these days. Love the color! This dress is so beautiful! Hope you are staying warm. I know you've knitted plenty of sweaters already to wear with this amazing creation!
November 30, 2021 at 7:23 AM

Rowena @ rolala loves said…
This dress is perfect for twirling indeed! It came out beautifully and looks gorgeous on you Emmy! I'm loving the color and the cut out detailing as well.The whole process looks painstaking and is such a testament to your incredible skill and dedication to your craft! Kudos chingu <3
November 30, 2021 at 12:24 PM

A Very Sweet Blog said…
You look beautiful Emmy! What a great dress! You did a fabulous job. I love your passion and greatly admire your skill. Twirl on girl.
http://www.averysweetblog.com/
https://mydreamswishesanddesires.com/
December 2, 2021 at 5:01 PM